Thanks to my pal Shannon(@SBMcCallister) for showing this to me. We might be polar opposites on the political spectrum, but she’s one of the few people out there who actually backs up her anti-Trump stance with substance and logic.

When I try explaining to everyone that there is no “other side”, this is a good example of what I mean. Here we have Jared Kushner partnered up with supposed Trump/G.O.P. arch-enemy George Soros in a real estate venture run by a cringy SJW CEO. Either Kushner has somehow deceived Big T and played him for a complete fool, which is highly unlikely no matter how quickly those on the left will jump to that assumption. Wishful thinking.

Or, our reality is one big scripted reality TV show that’s played back to us by lamestream media operatives, all at our expense. All this racial unrest is instigated and designed by BOTH “sides”. Meaning THERE IS ONLY ONE SIDE. The asshole Occultists. Those who ensure that we remain at each other’s throats instead of slitting theirs. The last thing they want is for any of us to get along long enough to wise-up to what’s actually going on and that we are being played and subsequently end up dragging them out into the town square to face judgement and be ejected from our lives. We have the power to do this, that’s why they go to such lengths to keep us dumbed down and fighting with each other.

Exclusive: Kushner and Soros-backed real estate startup Cadre is going back on offense 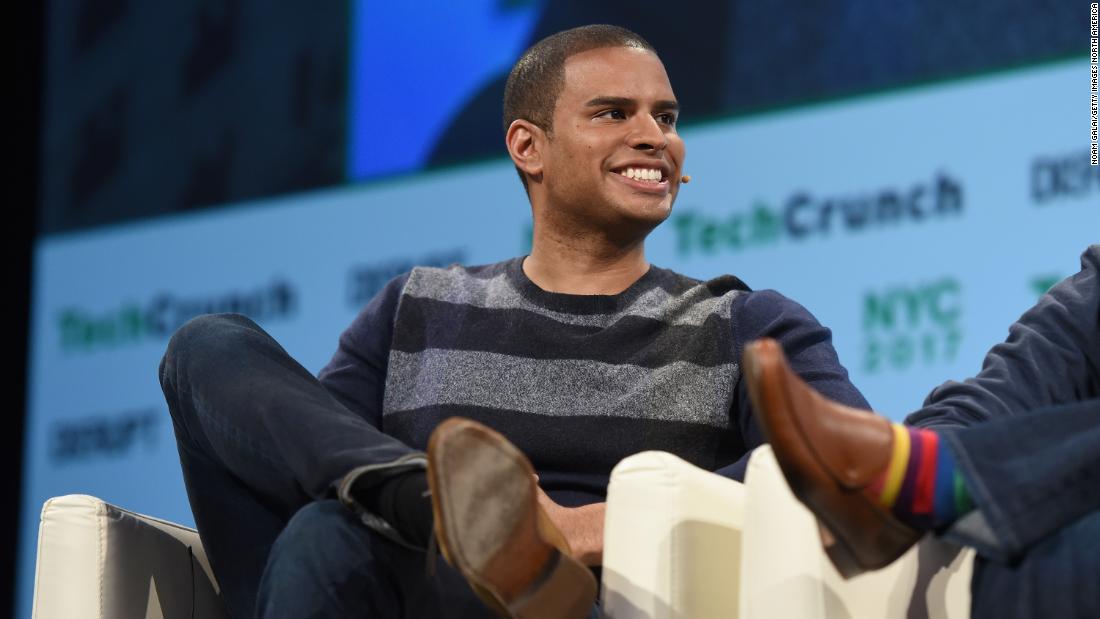 The investment platform hunkered down and braced for the worst in March, despite being backed by well-connected and well-heeled investors like Mark Cuban, George Soros and Jared Kushner.

So Cadre, led by Williams, its 32-year-old co-founder and CEO, stopped investing in properties. He laid laid off a quarter of his 100-person staff. And the company stress tested its $3 billion real estate portfolio to see which properties could survive the health crisis and a recession.https://b28e195918e3fc0b7af7fe21960178c1.safeframe.googlesyndication.com/safeframe/1-0-37/html/container.html?n=0

Now, Cadre, which uses machine learning and predictive analytics to assess real estate, is back on the prowl.

In an exclusive interview, Williams told CNN Business that Cadre is launching a cash savings account with a 3% reward that is aimed at attractinga herd of new investors. The startup is also making a flurry of new hires and promising to invest in minority-owned properties.

“We’re fully back in growth-and-offense mode,” Williams said in the interview. “We’re not declaring victory, but we are in a strong enough position to move from our back foot to our front.”

A key part of that shift: Cadre is launching a new investment strategy designed to capitalize on opportunities created by the turmoil in the real estate market, people familiar with Cadre’s thinking told CNN Business.

3% savings account…but it’s not open to all

Before Cadre launched in 2014, investors hoping to buy a piece of an office tower, shopping center or an apartment building had to be either verywealthy or have their money with an elite institution. Cadre’s goal is to democratize the commercial real estate market.

“We want to allow more people to participate in the recovery,” Williams said.

Cadre is hoping to lure people who have excess cash but don’t want to stick it in a bank, where interest rates are near zero, or in the volatile stock market, where valuations are approaching two-decade highs.Ryan Williams, a 32-year-old black CEO, says America has been ‘hallucinating’ about racism and inequality. Until now.

Cadre Cash, which is being rolled out sooner than Williams anticipated, promises to pay an annualized reward of 3%. That’s well above the highest interest rates that banks pay on savings accounts.

“This is step one for us becoming a one-stop-shop for anyone to build a better financial future. Now we’re focused on not just investments, but savings,” said Williams.

But there’s a catch, as you might expect. Cadre Cash is only open to those who invest in the real estate platform. And you need to plunk down at least $50,000 to invest in Cadre, spread out over 15 different real estate properties. The 3% reward is limited to the amount invested in the Cadre platform.

In other words, Cadre isn’t becoming an online bank like Marcus by Goldman Sachs (GS) or Ally Bank.https://b28e195918e3fc0b7af7fe21960178c1.safeframe.googlesyndication.com/safeframe/1-0-37/html/container.html?n=0

Still, Cadre signaled that it plans to continue lowering its minimums, which have already come down from six-figures just a few years ago.

“Over time, we will definitely open it up. This is the first major step towards us going more retail and down market,” Williams said.

Investing during times of stress

Williams, who grew up in a working class Black household in Baton Rouge and worked his way through Harvard University, knows firsthand how lucrative it can be to bet on real estate during downturns.

In the wake of the 2008 financial crisis, Williams and his partners scooped up single-family homes and multifamily properties in the Atlanta area. Those bets paid off — and paved the way for Williams to eventually launch Cadre, a platform that now has 25,000 investors.

Then again, it wasn’t all that hard to find winning real estate investments during the Great Recession given that the whole market was depressed.You might be surprised who’s moving into those sad, abandoned malls

Today’s real estate landscape is much more complex. Housing, particularly in the suburbs, is booming. But retail, hotel and office towers are hurting badly and their outlook is uncertain.

“This is the exact right time to be investing, selectively, in commercial real estate,” Williams said. “During downturns, the right kind of real estate investments have proven to give investors unique upside.”

So how does Cadre plan to navigate the precarious real estate landscape?

Williams said Cadre is “staying away from retail” as well as office buildings in central business districts and full-service hotels, especially ones aimed at attracting international visitors since travel has plummeted since the pandemic began.

But Williams is bullish on apartment buildings, e-commerce distribution centers and even malls that can be converted to industrial uses. Cadre also likes suburban office parks where there is easy access but not much density.

“Pre-COVID, it was all about how many people-per-square foot. Now, it’s how few people can you fit,” Williams said, adding he likes adaptable office space such as buildings that can be converted to life science labs.

Between March and June, Cadre focused on shoring up its existing portfolio instead of making new deals. Williams said Cadre hasn’t been forced to sell a single property and occupancy rates remain strong, coming in at around 97% for multifamily and 94% for offices.

“Our portfolio has been incredibly resilient,” Williams said. “A few markets have actually gone up in pricing and we may opportunistically sell. Frankly, this is the strongest position our business has ever been in.”

Williams credited Cadre’s selectivity as well as underwriting platform, which uses both on-the-ground intel and technology to sift through deals. Cadre says it invests in only 2% of the real estate opportunities it evaluates.The office, as you know it, is dead

Still, the pandemic delayed the closing of a planned sale of Kushner’s stake in Cadre. A 2019 financial disclosure form by Kushner, the son-in-law of President Trump and a senior White House adviser, indicates his stake is worth up to $50 million.

Williams told CNN Business that the sale is still being finalized and Kushner has not been involved in Cadre, even as an adviser, since 2016. “We’ve had a pretty strict firewall,” Williams said.

Cadre, which was co-founded by Jared Kushner’s brother Joshua, was valued in its most recent round of funding at about $800 million, according to estimates by PitchBook.

Williams on racism and diversity

Williams shies away from talking about politics, but has been outspoken on the need to address racism, inequality and a lack of diversity.

“Our country has to awaken. There are only so many times you can hit snooze on these discussions,” Williams said. “Everyone should go out and vote. My ancestors and family fought hard, bled for the right to vote in Louisiana. It’s not something I take for granted.”

Williams said that more than 50% of Cadre’s management are women or people of color and the startup has pledged to invest a significant amount of capital in real estate properties owned by minorities.

Cadre is also depositing about 10% of its cash with minority-owned depository institutions. Williams recalled how the first bank to ever finance him was Citizens Trust, an Atlanta-based Black-owned lender.

“They were the only bank that gave me the time of day,” he said. “And that set me on the path to Cadre.”

Rep. Matt Gaetz Introduces the ‘Disarm the IRS Act’ of 2022

Regime Apparatchik Lets the Cat Out of the Bag, Admits What’s Behind the Insanity